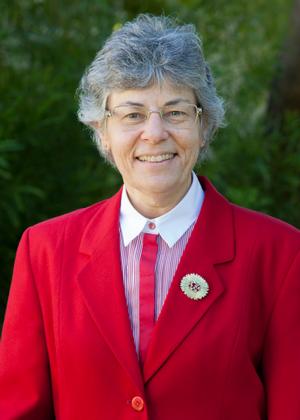 Professor Wendy Erber is Professor of Pathology and Laboratory Medicine in the Faculty of Health and Medical Sciences and haematologist.

Professor Erber graduated in Medicine with 1st class honours from the University of Sydney. She undertook her Haematology training at the Royal North Shore Hospital of Sydney and the University of Oxford as a Rhodes Scholar. In 2015 she was admitted as a Fellow of the Australian Academy of Health and Medical Sciences.

In Oxford her research led to Doctorate of Philosophy. She has held Consultant Haematologist posts in Western Australia and in Cambridge, UK and was a Lecturer at the University of Cambridge. From Cambridge she returned to Australia in 2011 to take up the appointment as Chair and Head of the School of Pathology and Laboratory Medicine at the University of Western Australia and was appointed Dean of the Faculty of Health and Medical Sciences in 2015.

Professor Erber continues to be active in diagnostic and translational research in haematology. Her areas of interest are:

2. Imaging flow cytometry and its use for detection of chromosomal abnromalities in immunophenotyped cells ("Immuno-flowFISH - patent)

3. Translation of biological discoveries for clinical pathology practice with an emphasis on haematological malignancies.

Throughout her professional career Professor Erber’s major interests have been the adoption of new cutting-edge technologies, translating discoveries to improved diagnostic haematology practice and hence better management for patients, especially in the field of haematological malignancies. She has more than 160 publications in peer-reviewed journals, published 3 books and 14 chapters. She is an enthusiastic teacher, mentor and supervisor and contributes expertise locally and to resource-constrained countries. She is on the Board and Chairman-Elect of the International Council for Standardisation in Haematology and an Honorary Life Member of the Australian and New Zealnd Society of Blood Transfusion. In 2018 she and her team won the Eureka Award for Innovative Use of Technologies, and in 2019 was one of 4 finalists in the Premier Science Award.

She was the 19th Dean, and first female, of the Faculty, a position she held from December 2015 - December 2019. During this time she oversaw UWA rise to Number 8 in the world in Clinical Medicine in the Academic Ranking of World Universities.

Diagnostic techniques in the assessment of haematological malignancies

Germline mutations in the transcription factor IKZF5 cause thrombocytopenia

Platelets as a Novel Marker of Fibrotic Progression in Myeloproliferative Neoplasms

Cancer Researcher of the Year