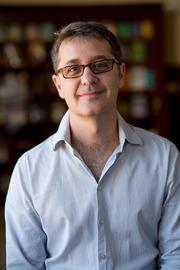 Steven joined the Media and Communication program at UWA in 2015.

Steven has strong interests in both teaching and research, and is a firm believer in the possibility of a productive dialogue between scholarly and intellectual work and media practice and industries.

In his research he brings a communications philosophical approach to understanding the complexity of media practice. Steven is open to inquiries regarding postgraduate supervision in any of his areas of key research, including media ethics, screenwriting, and communication theory.

Revisiting the distinction between criticism and reviewing: practices, functions, rhetorics, and containers

Outline for a social ethics of film reviewing - after Pierre Bourdieu

Towards a critique of universalism in screenwriting criticism

Where does the latest twist in the House of Hancock saga leave screenwriters?

Open Access
Your message has successfully been sent.
Your message was not sent due to an error.
If you made any changes in Pure these will be visible here soon.