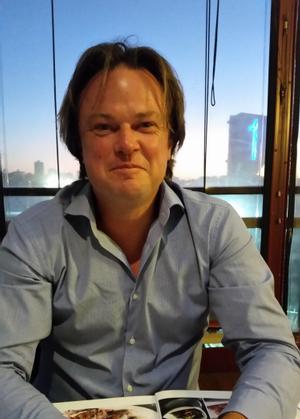 A/Prof Scott Stewart completed a PhD at the Research School of Chemistry (ANU) and in 2002, A/Prof Stewart was awarded an Alexander von-Humboldt Fellowship to work at the Universität Göttingen, Germany. He was appointed at The University of Western Australia in late 2005. In 2010 A/Prof Stewart was awarded the RACI Athel Beckwith Lectureship and a second Alexander von-Humboldt Fellowship. Recently he has received Fellowship from the Japan Society for the Promotion of Science and the Tasmanian Alkaloids Lectureship.

Synthesis of Thalidomide Derivatives for treatment of liver cancer

The mechanism of enzymatic oxidative coupling reactions in biosynthesis

1. The efficient synthesis of natural products and their simplified ring systems.

2. The development of palladium and nickel catalysed cross coupling reactions

3. The use of domino type reactions in organic synthesis

4. The synthesis of new nickel catalysts

Mechanism of Action of Thalidomide