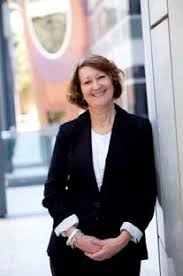 Sandra Kiffin-Petersen is a Senior Lecturer at the UWA Business School where she teaches and consults in the areas of organisational behaviour and leadership, work team effectiveness and negotiation. She has taught courses on the undergraduate, postgraduate and executive management programs. Sandy has been nominated numerous times for various internal and external teaching awards, receiving Excellence in Teaching Awards in 2008 and 2004 from the Business School.

Awarded a PhD in organisational behaviour in 2003, Sandy's research interests include emotions in the workplace, work team effectiveness and trust within organisations. Sandy is an active researcher who has published papers and presented numerous papers on these topics at conferences in Europe, United States, New Zealand and Australia. In 2006 Sandy received a Best Paper Award and a Best Paper Award for a co-authored paper in the Leadership stream at the annual Australian and New Zealand Academy of Management conference. She was also named as an Outstanding Reviewer by the Managerial and Organizational Cognition Division of the Academy of Management (US) in 2014.

Over the years Sandy has consulted with a number of private sector organisations in areas ranging from the design of effective work teams to conducting negotiation training. Sandy has also delivered workshops on teams and negotiation skills through the AIM WA-UWA Executive Alliance. She has been a member of the Organisational Behaviour and Managerial and Organizational Cognition divisions of the Academy of Management (USA) and of the Australian and New Zealand Academy of Management.

Sandy was awarded an Australian Postgraduate Award with Stipend for Doctoral Studies (1996 - 1999). She was also awarded a Teaching Fellowship in 2005.

Kiffin-Petersen, S. A. 2008, A longitudinal study of the effect emotional labour has on the well-being and customer orientation of sales employees, UWA Research Development Award, $15,000.

Teaches MBA and Executive MBA postgraduate students in the areas of Organisational Behaviour and Negotiation Behaviour.

Invited address at the above conference in the medical education session.

'I feel mad so I be bad': the role of affect, dissatisfaction and stress in determining responses to interpersonal deviance

Ashamed of your shame? How discrepancy self-talk and social discourse influence shame at work

Coping with interpersonal mistreatment: Not a case of "either or," but rather "it depends"

Lawyers’ coping with mistreatment: Not “either or,” not “it depends,” but “it does not matter”.

Tears, fears and cheers: Effects of trainee surgeons' emotions on learning and performance in the operating theatre