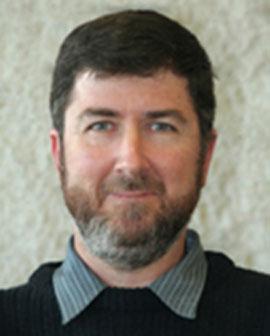 My research team within the School of Biomedical Sciences (formerly Medicine and Pharmacology at UWA has made a series of important advances in the understanding the role of several key receptor-effector systems within the lungs of healthy and diseased individuals.  This research has been published in prestigious international science journals such as Nature, and in high-impact specialist journals including American Journal of Respiratory and Critical Care Medicine, American Journal of Physiology, Journal of Pharmacology & Experimental Therapeutics, Biochemical Pharmacology and British Journal of Pharmacology.  In total, I have published nearly 100 papers (including invited reviews and book chapters), with a large proportion appearing in high quality international journals.  Indeed, approximately 75% of my original papers have been published in journals with an impact factor of 3 or more.  Furthemore, I am the first or senior author on 65% of my papers, indicating the leadership role I have played in these works. I have been especially successful in attracting research funding from the NH&MRC ($4.8 million, including $2.3 million as CIA), and have on-going research funding until end-2020. Of special interest, my research team has forged strong and productive collaborative links with high quality academic and industry research groups from within Australia and overseas.  In 2006, 2011 and 2013, I was a member of an NHMRC Grant Review Panel – Pharmacology, Respiratory Medicine and Sleep –   and in 2010 a member of the NHMRC Career Development Award panel.

My teaching in undergraduate and postgraduate courses within the Faculty of Health and Medical Sciences has been well-received, with consistently high SPOT scores having been achieved. My teaching has been recognised through the UWA Student Guild’s Student Choice Awards for “demonstrating a strong commitment to excellence, learning and student engagement”, and by numerous nominations for Faculty ‘Excellence in Teaching’ award. I have a strong record in postgraduate teaching, with  Honours and PhD students under my guidance consistently being able to achieve excellent results.  My collegiate and enthusiastic approach to postgraduate teaching has been rewarded by nominations for ‘Excellence in Supervision’ awards. I currently coordinate two Level 3 core units in the major of Pharmacology (PHAR3320 and PHAR3321), both of which were recognised by the Vice Chancellor in 2017 as being ‘Consistently Excellent’.  I also currently coordinate a large Level 2 unit within the new major in Medical Sciences (IMED2002, >450 students).  I have previously coordinated the Honours in Pharmacology program for 7 years.  I have been the Head of the Pharmacology, Pharmacy and Anaesthesiology Unit (2008-2009 and 2014-2016) and Chair of the Pharmacology Teaching and Learning Committee (2006-2007).

I continue to play an active service role in my research area of Respiratory Pharmacology, and have served as a member of the Asthma Foundation of Western Australia Medical Research Advisory Committee for over 10 years.  I have previous served on the Council and Scientific Advisory Committee of the Australasian Society of Experimental and Clinical Pharmacologists and Toxicologists (ASCEPT), and been an editor for Pulmonary Pharmacology & Therapeutics and Frontiers in Pharmacology,  Within the University, I have the chaired the Web Review Group within the Faculty of Medicine, Dentistry and Health Sciences, been a convenor and member of the UWA Publications Audit Subcommittee, and served on numerous staff selection panels.  In addition, I am an active member of committees associated with undergraduate (Pharmacology discipline, major in Medical Sciences) and postgraduate (MD year 1 Postgraduate Committee) teaching and learning.  I have previously been a member of the Safety Committee within the School of Medicine, Dentistry and Health Sciences (2008-2014) and Head, Health Science Program Committee within the Faculty of Medicine, Dentistry and Health Sciences. I represented the Faculty on the Board of Coursework Studies, UWA from 2012-2014 during the implementation of NC2012, and was an invited member of the 2015 Review of Courses Review panel.

My aim is to further develop my well-recognised, strong research and teaching programs, and to continue to broaden my service contribution to the University, to the discipline of Pharmacology and to the general community.