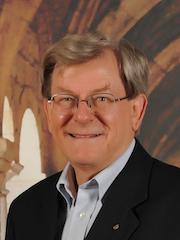 Originally from the North Coast of NSW, I attended Richmond River High School in Lismore. I was awarded a National Undergraduate Scholarship to attend ANU, where I completed a degree in Pure Mathematics with First Class Honors, with Applied Mathematics and Statistics as minors. Upon graduation, I joined the Priorities Review Staff and then the Economic Division of the Department of Prime Minister and Cabinet while working on a Masters Degree in Economics at the ANU. After completing my PhD at the University of Chicago, I obtained an Assistant Professor position at Princeton University. I moved to Rice University as an Associate Professor of Economics in 1986 and was awarded the George & Cynthia Mitchell Chair in Economics in 2007. I served as Chair of the Department of Economics from 2000-2005. I have also held visiting positions at Monash University, the University of Melbourne and the ANU. I also worked for the Centre of Policy Studies at Monash University and the Tasman Institute in Melbourne, and the NZ Business Roundtable.

Asian spot prices for LNG and other energy commodities

The cost of displacing fossil fuels: Some evidence from Texas

The valley of death for new energy technologies