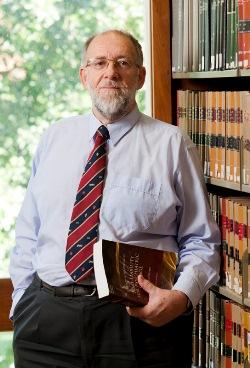 Peter taught at the Law School between 1977 and 2016 (continuing in a part-time capacity between 1983 and 1998 when he was the Executive Officer and Director of Research of the Law Reform Commission of Western Australia). He was appointed a Professor in 2004. Peter was the Law School's Deputy Dean until September 2012. Between 2009 and 2012 he was responsible for curriculum reform and planning the transition from the LLB to the JD. He retired in July 2016 and is now a Senior Honorary Research Fellow.

Peter has been a member of the editorial board of the Tort Law Review since 1993. He was the Executive Officer and Director of Research of the Law Reform Commission of Western Australia between 1983 and 1998, and in that capacity was the author of reports on limitation of actions, wills, probate, spent convictions, Police Act offences and sale of goods. He was also a member of the Commission between 1993 and 1995. Between 1995 and 1997 he was the Western Australian representative on the Uniform Succession Law National Project Committee, and currently sits on the Attorney General's Working Group reviewing the law of succession in Western Australia.

Peter is a member of the Francis Burt Law Education Programme Advisory Committee, and the chair of the sub-committee responsible for the oral history programmee and the Old Court House Museum. The Francis Burt Law Education Programme provides community legal education programmes and promotes the community's understanding of the law and the legal system.

In past years he has taught other units including Legal Process (continuously from 1982 to 2006), Contract, Comparative Law, Conflict of Laws, and the LLM unit Limitation of Actions.

Peter's major research interests lie in the field of torts, in particular liability for psychiatric injury, limitation of actions, and law reform.

He also has a special interest in comparative law, both generally and in relation to torts in particular.

Recent research projects include
'Lord Campbell and the Fatal Accidents Act' (published in the Law Quarterly Review in 2013); 'The Snail's Antipodean Adventures', on duty of care in Australia (paper given at the 80th Anniversary Donoghue v Stevenson Conference in Glasgow, May 2012, published in the Juridical Review in 2014); and the relationship between the common law of occupiers' liability, the Occupiers' Liability Acts and the Civil Liability Acts, undertaken jointly with Dr Brenda McGivern (two articles published in the Melbourne University Law Review).

The Brave New World of Psychiatric Injury in Canada

Limitation of Actions: The Laws of Australia

The Law School Now and Then: From 1928 to the Juris Doctor