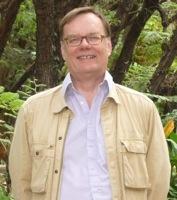 Nicholas Bannan's earliest musical experience was as a chorister at Canterbury Cathedral. He went on to study Music at Cambridge University, where he specialised in vocal studies and composition. He has taught in several schools, including Eton College and the Yehudi Menuhin School. He was Director of Music at Desborough School, Maidenhead, where the choir he conducted was in demand to work with London orchestras and made frequent broadcasts on television and radio. He continued to develop his work as a composer, winning the Fribourg Prize for Sacred Music in 1986 and completing commissions for the Allegri and Grieg Quartets, the Guildhall String Ensemble, Cantemus Novum of Antwerp, and the Gentlemen of St Paul's Cathedral. He was for 12 years the conductor of The Esterhazy Singers, a London chamber choir that specialised in performing the music of Haydn and his contemporaries with the period instruments of the Esterhazy Chamber Orchestra. He also directed the contemporary music groups 1913 Ensemble and Act of Creation, and worked on electro-acoustic projects with the composer Rolf Gehlhaar and the Elektrodome company. He was a Winston Churchill Fellow in 1992, travelling through the USA in preparing a report on the training of choral directors and singing teachers.

His interests as an educator focused increasingly on means of releasing children's creativity, and he formed the partnership Compose Yourself! to provide workshop opportunities for pupils and in-service training for teachers. He carried out research at the University of Reading into the use of electronic resources in vocal education and the means by which vocal potential can be released in singers of all ages and abilities, and this has led to his Harmony Signing project, a new pedagogical system for developing aural sensitivity and creative potential through group singing. He has also worked with Alzheimer’s patients on the potential of singing for retaining social communication between carers and people with dementia. He was awarded his doctorate in 2002 for a study of the evolutionary origins of the human singing voice. From 1999 to 2005 he was Director of the Music Teaching in Professional Practice Initiative, a distance-learning programme leading to Diploma and Masters qualifications administered at the University of Reading.

Nicholas was founder-editor of the journal Mastersinger published by the Association of British Choral Directors, and Artistic Director of ABCD’s 1996 conference in Oxford. He co-edited the Ashgate publication "The Reflective Conservatoire" with George Odam (2005), and edted for Oxford University Press a book entitled "Music, Language and Human Evolution" (2012). He continues to compose, and brings to his teaching the assumption that the purpose of engaging with the music of the past is to develop the confidence and fluency to enable original self-expression. He is currently completing a book, "Every Child a Composer", that interprets his experience of the evolutionary psychology of music in relation to new pedagogical approaches and advocacy for music in schools.

Nicholas set up The Winthrop Singers in 2007 as UWA's élite chamber choir. The group performs choral evensong every Thursday in term-time in the Chapel of St George's College, and has toured to Albany, Kalgoorlie, Geraldton and Beijing as well as recording four CDs.

Nicholas spent 2015 on research leave during which he worked at Oxford University as a guest at the Department of Evolutionary Psychology; and visited several Departments of Music in the USA, including the Juilliard School, Eastman, University of Washington, UCLA and USC.

Nicholas has commenced practical and historiographic
investigation of chant in the liturgies of the Christian tradition, focusing on the regular performances of The Winthrop Singers. His existing work on the evolution of the human capacity for music illustrates that chant may be at the root of human cultural attributes, including language. He is collaborating with colleagues at UWA and internationally on a project to model the evolutionary origins of music, art and religion. He is also working on projects with research students such as: the musical theories of Martin Luther; the recorded legacy of performance of Tudor choral music; the implications for secondary music in WA of Australia's new National Curriculum; and the production of a reduced orchestration of Schoenberg's "Erwartung"; and with a variety of Masters and Doctoral students on aspects of performativity and the relationship between musical technique and expressivity.

Completing follow-up work on topics emerging from "Music, Language and Human Evolution"; working on archival material relating to the role of music in the life and writing of Charles Darwin; developing a testable model of the development of the capacity for language out of an existing vocal 'song' system; evaluating the perception of meaning in song and speech; developing innovative pedagogy for aural discrimination and musicianship.

Supervised the completed PhD projects of:
Eva-Marie Middleton (Attitudes and values in 20th Century; performance of early choral music);
Clint Bracknell (The role of repatriated song in the preservation of the Noongar language);

The evolutionary origins of music; vocalisation in song and language; music in child development; musical creativity; choral direction; musical communication and pedagogy; music and sprirituality; musical participation and the treatment of stroke survivors and people with Alzheimer's.

Every Child a Composer: Music Education in an Evolutionary Perspective

Music and Song, Evolutionary Approaches to

Darwin, Fux, and Schenker in the Primary Classroom

Timbre and Contour in the Production and Perception of Song and Language: Towards an Evolutionary Model of Human Vocal Communication