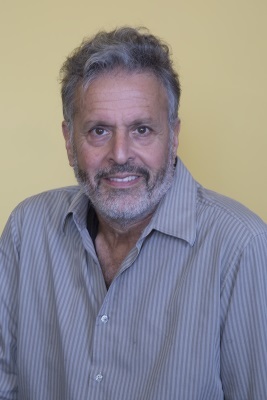 Professor Levine began his career at UWA in 1989, and has chaired the Philosophy department at various periods. He previously taught at Brown, The University of Virginia, The University of Pennsylvania and Swarthmore and has held visiting positions at several universities - including the Weissman Visiting Distinguished Professor, Baruch College, City University New York and as Cox Scholar at the University of Colorado, Center for Humanities and Arts. He is the recipient of numerous international fellowships and grants, including a U.S. Fulbright to Moscow; Rockefeller Foundation Grant at; Japan Foundation research fellowship; two Mellon foundation postdoctoral fellowships; senior fellowship at the Center for Advanced Studies at Durham University; Indian Council for Cultural Relations Fellowship (ICCR); an Indo-American Fellowship to India (“Advanced Research in India”); and the Hugh Le May Fellowship, Rhodes University. He was awarded the American Philosophical Association, Baumgardt Memorial Fellowship in Ethics for Lectures Delivered at Columbia University and University Virginia; and an Australian Academy of Humanities/Social Science research grant with the Chinese Academy of Social Science, Institute of Philosophy. He is the recipient of numerous Australian Research Council Discovery Grants and an Australian Research Council Linkage grant.

His publication record includes some 150 articles, and about a dozen single-authored, co-authored and edited books. While at UWA he has successfully collaborated with Professor Bill Taylor on works in philosophy and architecture; co-taught courses in architecture, and co-supervised Ph.D. students in an innovative program in the areas of ethics and the built environment. He has a particularly broad range of research and teaching interests including philosophy and architecture, ethics and social and political philosophy, philosophy of religion, comparative philosophy, philosophical psychology, philosophy and psychoanalysis; aesthetics (including film and music) and the history of philosophy. Cross-disciplinary work and grants include collaboration with colleagues in History, English, Engineering, Business as well as Architecture. He has supervised numerous Ph.D. students, some of whom now hold academic positions.

Professor Levine’s recent work includes edited volumes and essays on ethics and leadership; pragmatism; philosophy of education and reflections on ethical and other issues relating to universities. He may get around to writing book on regret.

Reluctant heroes and itchy capes: the ineluctable desire to be the saviour

Hope: The Janus-faced virtue (With Feathers)1

Hope: The Janus-faced virtue (with feathers)

In pursuit of integrity: Emotional self−assessment in moral life

2010 - Virtue, Ethics Technology and the Environment: The Argument from Nature

DP0770055 - Transience and the Built Environment: A Philosophical and Historical Inquiry