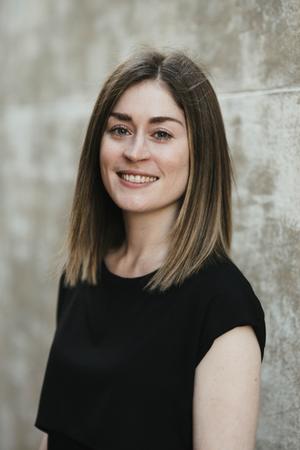 An advocate of Australian music, Louise has commissioned nearly 50 percussion works and has recently completed a Doctor of Musical Arts researching the development of Australian contemporary percussion music, which culminated in the show Australian Music for One Percussionist. In 2012 she studied at the University of California San Diego with Steven Schick. Her most recent solo project Electroacoustic Music for One Percussionist, featured five works by living Australian composers.

Louise Devenish is an accomplished musician whose artistic practice lies at the nexus of performance, research and education. Key projects include APRA AMC award-winning solo series Music for One Percussionist, co-directing The Sound Collectors duo, percussing for Australia’s leading percussion group Speak Percussion (Vic) and acclaimed electroacoustic sextet Decibel (WA). She regularly performs throughout Australasia, Europe, North America and the UK; highlights include performances at the Nagoya and Shanghai World Expos, Ojai Music Festival, Tage für Neue Musik, The Barbican’s Sound Unbound and Tongyeong International Music Festival. A passionate advocate of new and Australian music, Louise has commissioned over 50 works for percussion and premiered countless others. Her solo album music for percussion and electronics was released on the Tall Poppies label in 2017. Louise is Head of Percussion at the University of Western Australia Conservatorium of Music, where she also teaches world music and music research. A 2017 Churchill Fellow, Louise’s research is published widely, including special issue of Contemporary Music Review Moving forward: Percussion explorations in twenty-first-century Australia and forthcoming book on Australian percussion history for Routledge’s Research in Music series.

'The unifying factor is Devenish’s breathtakingly deft delivery, her artistic interpretation of the material, her sculptor-like attention to detail.'
Read more: http://www.coolperthnights.com/articles/music%20writer/1015

'Thanks to Devenish and Scholes’ sensitivity and precision as performers, the concert was a revelation as to the merits of text and gesture-based works.'
Read more: http://partialdurations.com/2015/04/07/the-sound-collectors-new-music-beauty-queen/

Information on upcoming projects, performances, broadcasts, industry events can be found at www.louisedevenish.com.au

The question of identity Looking back, looking out, looking in, looking forward