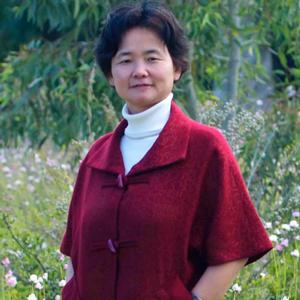 Professor Wang pioneered cutting edge research involving, in particular, single and multiple particle quantum walks. Her research team was the first to show the power of quantum walks in extracting local and global structural information of complex networks and in distinguishing a wide range of non-isomorphic graph classes.  The team also developed a general quantum compiler with an optimiser, which maps a given quantum algorithm to a quantum circuit consisting a sequential set of elementary quantum logic gates. It provides a powerful tool to assist the design of actual physical implementation of quantum algorithms in laboratories. Professor Wang and her team have recently obtained some of the most efficient quantum circuits to implement a wide variety of quantum operators, which could underpin the utmost quantum supremacy.

Professor Wang is also the Head of Physics Department and the chair of a newly formed cross-disciplinary research cluster named “Quantum information, simulation and algorithms” within the Faculty of Engineering and Mathematical Sciences at UWA.

• CATL (Centre for the Advancement of Teaching and Learning) Development Award for the project “Animated Physics” (2002, with P. Hammond)