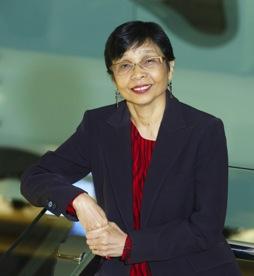 Izan completed her Bachelor of Economics degree with first class honours at Monash University and completed her MBA and PhD degrees at the Graduate School of Business (now named Chicago Booth), University of Chicago.

Her first academic appointment after completing her PhD was as a lecturer at the Australian Graduate School of Management (AGSM) at the University of New South Wales.

Izan first joined UWA in 1981. In 1990, she became the first woman in Australia to be appointed Professor in the disciplines of accounting and finance. She served as Head of the Department of Accounting and Finance from January 1994 to December 1999. She left UWA to take up an appointment as Executive Dean of the Division of Business, IT and Law at Murdoch University in April 1999, but returned to UWA in June 2000.

In 2004, Izan was elected a Fellow of the Academy of the Social Sciences in Australia. In 2011, the Australian Learning and Teaching Council awarded her a Citation for Outstanding Contributions to Student Learning.

At UWA, Izan has served as Chair of the University’s Academic Promotions Committee and Deputy Chair of the Academic Board. She was the Inaugural Chair of the Board of Studies for the Bachelor of Commerce.

Izan has previously served as a director of AlintaGas (including serving as Chair of the Audit Committee) and the Black Swan Theatre Board (and member of the Finance Committee), and was the inaugural chair of Arts WA's Arts Venture Capital Board. She is currently Deputy Chair of the Board of Unicredit and chairs the Board’s Remuneration and Conditions Committee.

E/Professor Izan served as Deputy Dean of the UWA Business School from 2003 to September 2013, and played a key role in the School’s international accreditation processes. The School is currently the only one in WA to be accredited through EQUIS, the European Quality Improvement System, and AACSB, the Association to Advance Collegiate Schools of Business.

She retired from the University in July 2014, and was awarded the Chancellor’s Medal in March 2015 for her service contributions.

University of Western Australia, Individual Research Grant for a study on Costs of Central Services in Higher Education, 1991. (with P Brown and P Robinson). ($26,000).

Australian Research Council for a study on Incentive Plans and Corporate Performance, 1992. (with P Brown and R Wood). ($32,000).

The Reserve Bank of Australia Economic and Financial Research Grant, 1981 for a study on Corporate Failure in Australia. ($4,000)

The Reserve Bank of Australia Economic and Financial Research Grant, 1982 for a study on the Measurement of Inflation in Australia. (with K W Clements). ($4,000).

University of Western Australia, Individual Research Grant for a study on Costs of Central Services in Higher Education, 1991. (with P Brown and P Robinson). ($26,000).

1994 - 1999 Professor and Head of Department, Department of Accounting and Finance, UWA

To scheme or bid? Choice of takeover method and impact on premium

CEO Compensation from M&As in Australia

DP0772702 - The Role of Directors in Corporate Takeovers

Stochastic Index Numbers and Their Application in Accounting, Economics and Finance