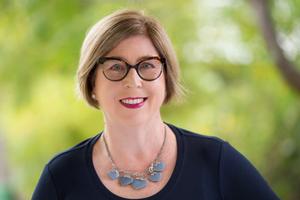 Holly Cullen is an Adjunct Professor of Law. She was previously Professor in the Faculty of Law from 2010-16. Before joining the University of Western Australia, she was Reader in Law at Durham University in the United Kingdom, having previously held the posts of lecturer and senior lecturer. From 1998 to 2006, she was Deputy Director of the Durham European Law Institute, and Acting Director in 2003-04. She began her academic career as a lecturer at the University of Hull (UK). She holds the degrees of LLB and BCL from McGill University in Montreal, Canada, and an LLM in International Human Rights Law from the University of Essex.

Arts and Humanities Research Board (UK): £9,000 to support additional term of research leave: ‘The Role of International Law in the Regulation of Child Labour’

The nature of the corporate duty to respect human rights and the development of the idea of human rights due diligence, with a particular focus on the dispute resolution process of the OECD

Business and Human Rights: I have provided training, via the International for Mining for Development Centre (IM4DC), on the governance processes in the Kimberley Process Certification Scheme for Conflict Diamonds, for government and civil society representatives from Africa (2014).

International Law: I have given training lectures for continuing professional development courses offered by the Australian Red Cross, on the issue of the relationship between international humanitarian law and human rights (2016).

Monitoring international human rights law from above or below? The role of non-governmental organisations in United Nations Human Rights State reporting

The Irresistible Rise of Human Rights Due Diligence: Conflict Minerals and Beyond

Extradition from A to Z: Assange, Zentai and the challenge of interpreting international obligations

Submission to AusNCP for OECD Guidelines on MNEs

File
Your message has successfully been sent.
Your message was not sent due to an error.
If you made any changes in Pure these will be visible here soon.