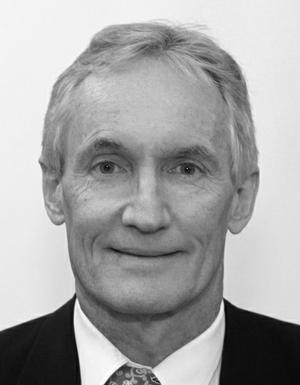 He received his undergraduate medical training at the University of Western Australia, and trained in neurology at the Royal Perth Hospital, Australia; Mayo Clinic, USA; and Western General Hospital, Edinburgh, UK.

Professor Hankey is an associate editor of Circulation, editorial consultant for The Lancet and The Lancet Neurology, consulting editor for the International Journal of Stroke, Section Editor (Neurovascular and Neurodegenerative Diseases) of the Journal of the American College of Cardiology (JACC), and member of the editorial boards of Stroke, the Cochrane Stroke Review Group, Cerebrovascular Diseases, Neuro-epidemiology, Journal of Thrombosis and Thrombolysis, and International Review of Thrombosis.

Professor Hankey is presently co-principal investigator of the Assessment oF FluoxetINe In sTroke RecoverY (AFFINITY) trial in Australia, New Zealand and Vietnam; Steering committee member of the Efficacy of Fluoxetine- a randomised controlled trial in stroke (EFFECTS) in Sweden, the AXIOMATIC phase 2 trial of an oral factor XIa inhibitor in addition to clopidogrel and aspirin in preventing recurrent stroke among patients with acute TIA and mild ischaemic stroke, the Reducing the International Burden of Stroke Using Mobile Technology (RIBURST) and Stroke Riskometer app Study, and the planned Polypill and RiskOMeter to prevent strOke and cogniTive impairment (PROMOTE) trial; and a principal investigator of the Health In Men Study (HIMS). He is a member of the Global Burden of Disease Stroke Expert Panel. He is the chair of two, and a member of seven, data safety monitoring committees of ongoing clinical trials.

His current grants as a chief investigator include an NHMRC project grant, NHRMC program grant, and NHMRC Practitioner Fellowship as outlined below:

The NHMRC program grant for 2017-2021 was the top ranked NHMRC Program Grant application for the year.

The Health in Men Study (HIMS).

Efficacy of Fluoxetine- a randomised controlled trial in stroke (EFFECTS) in Sweden.

AXIOMATIC, a global, phase 2 trial of adding an oral factor XIa inhibitor to clopidogrel and aspirin to prevent recurrent stroke in patients with acute TIA and mild ischaemic stroke.

The Longitudinal Study of Young Adults with Embolic Stroke of Undetermined Source.

The Global Burden of Disease Study

-A chief investigator of the Health in Men Study (HIMS); and

His most recent books are:

His publications have yielded

In 2017 and 2018, Professor Hankey was named a Highly Cited Researcher by the Web of Science Group, Clarivate Analytics for ranking in the top 1% of researchers in the world in the field of Clinical Medicine for the production of multiple highly cited papers that rank in the top 1% by citations for field and year.

In 2019, Professor Hankey was named a Higher Cited Researcher by the Web of Science Group, Clarivate Analytics, in recognition of exceptional performance demonstrated by production of multiple highly cited papers that rank in the top 1% in the world for field and year in Cross-Field.

The impact of Professor Hankey’s research on clinical practice and guidelines includes his roles as/in the:

• Writing committee of the Stroke Unit Trialists’s Collaboration which established the role of organised stroke care in a multidisciplinary stroke unit (Cochrane Database of Systematic Reviews 2007, Issue 4. Art. No.: CD000197);
• Steering Committee of the Australian Streptokinase Trial (JAMA 1996; 276: 961-6) and only randomised trial of intra-arterial thromboytic therapy in acute posterior circulation ischaemic stroke (Cerebrovasc Dis 2005; 20: 12-17), and national Australian coordinator of the International Stroke Trial-3 (Lancet 2012; 379: 2352-63) which contributed to establishing the role of thrombolysis for acute ischaemic stroke;
• Australian coordinator of the International Stroke Trial in 19,485 patients with acute ischaemic stroke, which established the role of aspirin as the initial treatment in acute ischaemic stroke to prevent early recurrent stroke (Lancet 1997; 349: 1569-81);
• Data Safety and Monitoring Committee of the Intensive Blood Pressure Reduction for Acute Cerebral Haemorrhage Trial (INTERACT) trial which established the role of blood pressure-lowering in acute haemorrhagic stroke (Lancet Neurology 2008; 7: 391-9; N Engl J Med. 2013; 368: 2355-65);
• Australian coordinator of the Feed Or Ordinary Diet (FOOD) trial which did not support a policy of routine oral supplementation after stroke (Lancet 2005; 365: 764-72) or early initiation of PEG feeding in dysphagic stroke patients (Lancet 2005; 365: 755-63);
• Co-principal investigator of one of the first randomized controlled trials of a behavioural intervention for dysphagia after acute stroke which showed a consistent trend towards more favourable outcomes in patients assigned a standard programme of early behavioural swallowing intervention (Lancet Neurology 2006; 5: 31-37);

Writing committee of the Fluoxetine Or Control Under Supervision (FOCUS) trial of fluoxetine vs placebo for 6 months in 3127 patients with recent stroke which showed that fluoxetine 20 mg given once daily for 6 months after acute stroke did not improve functional outcomes (Lancet Dec 5, 2018)

Antiplatelet therapy for the prevention of arterial ischemic stroke
• Antiplatelet and Antithrombotic Trialists’ Collaboration member, which confirmed the effectiveness of antiplatelet therapies for preventing recurrent vascular events in high vascular risk patients, including those with ischaemic stroke and TIA (BMJ 1994; 308: 81-106, BMJ 2002; 324: 71-86);
• Steering Committee and Australian coordinator of the European/Australasian Stroke Prevention in Reversible Ischaemia Trial (ESPRIT) which established the superiority of the combination of aspirin and extended-release dipyridamole compared to aspirin in 2,739 patients with ischaemic stroke of arterial origin (Lancet 2006; 367: 1665-73), and that anticoagulation is not as effective as antiplatelet therapy for ischaemic stroke of arterial origin (Lancet Neurol 2007; 6: 115-24);
• Investigator in the CAPRIE trial which established the superiority of clopidogrel compared to aspirin in preventing recurrent vascular events among patients with ischaemic stroke of arterial origin (Lancet 1996; 348: 1333-8);
• Steering Committee of the Clopidogrel for High Atherothrombotic Risk and Ischemic Stabilization, Management, and Avoidance (CHARISMA) trial which showed that long-term clopidogrel plus aspirin was not significantly more effective than aspirin alone in reducing the rate of major vascular events in 15,603 patients with symptomatic atherothrombosis and patients with multiple risk factors [N Engl J Med 2006; 354: 1706-17);
• Steering Committee of the Aortic arch Related Cerebral Hazard (ARCH) trial which reported that patients with an ischemic stroke and aortic arch plaques ≥4 mm treated with clopidogrel plus aspirin had a significant reduction in vascular death compared with patients allocated warfarin (Stroke 2014; 45:1248-57).
• Australian coordinator for the Stroke Prevention in Reversible Ischaemia Trial (SPIRIT), which established that anticoagulantion with an INR range of 3.0 to 4.5 in patients after cerebral ischemia of presumed arterial origin is not safe (Ann Neurol 1997, 42: 857-865),
• Steering Committee and Australian coordinator for Thrombin Receptor Antagonist in Secondary Prevention of Atherothrombotic Ischemic Events (TRA 2P – TIMI 50) trial which showed that inhibition of PAR-1 with vorapaxar reduced the risk of cardiovascular death or ischemic events in patients with stable atherosclerosis who were receiving standard therapy but it increased the risk of moderate or severe bleeding (N Engl J Med. 2012; 366: 1404-13; Stroke. 2013; 44: 691-8).
• Steering Committee and Australian coordinator of the NAVIGATE ESUS trial which showed that rivaroxaban 15 mg once daily was not more effective than aspirin 100 mg once daily for preventing recurrent stroke in 7213 patients with recent Embolic Stroke of Undetermined Source (ESUS). N Engl J Med. 2018; 378: 2191-2201).

Lipid-lowering therapy for the prevention of arterial ischemic stroke
• Stroke Outcome Events Adjudication Committee of the Long‐term Intervention with Pravastatin in Ischaemic Disease (LIPID) trial which contributed to establishing the role of cholesterol‐lowering by statins to prevent stroke (N Engl J Med 2000; 343: 317-326);

B-vitamins for the prevention of recurrent stroke
• Principal investigator of the VITAmins TO Prevent Stroke (VITATOPS) trial which showed that daily administration of folic acid, vitamin B6, and vitamin B12 to 8,164 patients with recent stroke or transient ischaemic attack was safe but not more effective than placebo in reducing the incidence of major vascular events (Lancet Neurology 2010; 9: 855-65);

Associations of plasma IGF1, IGFBP3 and estradiol with leucocyte telomere length, a marker of biological age, in men

Reducing the burden of stroke