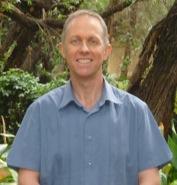 Born in Christchurch, New Zealand, Graeme studied the piano with Iola Shelley - one of New Zealand's foremost pianists - and composition at the University of Canterbury, completing a Bachelor of Music with Honours in Composition.

In 1983, he came to Western Australia to pursue postgraduate studies in collaborative piano with Professor Roger Smalley at the University of Western Australia. After completing his Masters Degree in 1985, Graeme free-lanced as a soloist, recitalist and teacher, with WA Opera, WA Arts Orchestra and WA Ballet, as well as with many distinguished international artists such as Gerald English, Raphael Wallfisch, Bonita Boyd, Michel Debost, Jane Rutter, Gordon Hunt, Sara MacLiver and Caitlin Hulcup, and toured through Asia with the University Collegium Musicum choir in 1991.

Since 1986, Graeme has been the pianist with the WA Symphony Orchestra, also performing in the WASO Chamber Music Series and with the WASO New Music Ensemble directed by Professor Smalley. In this role, he also maintains an association with the Malaysian Philharmonic Orchestra, having performed with them in several orchestral seasons, as well as in their Chamber Series in March 2007.

Throughout his time in Perth, Graeme has maintained a keen interest in teaching and as part of this interest, became an examiner for the Australian Music Examinations Board in 1986. Having maintained a close association with UWA as a teacher and performer since graduating, he was appointed to the staff of the School of Music at the University of Western Australia in 1995 and became Head of Keyboard Studies there at the beginning of 1998, whilst continuing to perform, teach, examine and adjudicate regularly. He was appointment as State Chair AMEB(WA) in 2008, as well as WA Director on the AMEB Federal Board, co-chairs the WA Piano Pedagogy Conference, and has been pianist with the Darlington Trio for nearly 10 years - this year, in addition to the Darlington Chamber Series, also performing with them at the 2015 Blackwood Festival.

Australia Council for the Blackwood project

Commission/collaboration with composer Chris Tonkin on a new piano trio and recording thereof with fellow Darlington Ensemble members, Semra Lee (violin) and Jon Tooby (cello). Part of this work, as yet uncompleted, appears on the UWA CD "Luminosity"

The main focus of his performance activities continues to be on collaborative work, including vocal, chamber music and two-piano repertoire.

Graeme is Co-Chair of the biennial WA Piano Pedagogy Convention (a joint venture between the WA Music Teachers’ Association and UWA and is now in it’s 10th year), as well as Director of the inaugural Keyed-Up! For Summer piano summer school held at UWA in December 2008.