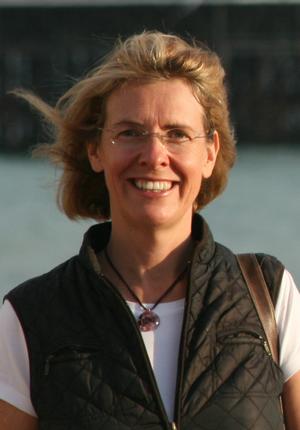 Professor Fiona Bull is Director of the Centre for Built Environment and Health (CBEH), at The University of Western Australia and President of International Society of Physical Activity and Health (ISPAH). She has 20 years of experience in public health with a focus on prevention of chronic disease and specifically lifestyle related risk factors including physical inactivity. Her research and public health work extends across both developed and developing countries and she has extensive national and international research collaborations and ongoing work with the World Health Organisation. To date, Professor Bull has an H-index of 34, over 150 scientific publications, book chapters and reports, and research funding of $16 million. Outputs of her research have informed local, national and global policy and practice.

Her current research focuses on understanding of the impact of the built environment on health and policy to create healthy, active and sustainable communities and cities. Her work has a specific focus on participation in physical activity, active transport, walking and cycling, measurement and monitoring of health behaviours and evaluating programs and policy across different settings (community, school, workplace, and primary health care). This work has a strong emphasis on collaboration across multiple disciplines and research translation. Examples of recent projects include: Project RESIDE a 10 year longitudinal ‘natural experiment’ evaluating the WA State Government's Liveable Neighbourhood Guidelines; the award winning Public Open Space Spatial Analysis Tool (www.postool.com); global burden of disease attributable to physical inactivity and global participation levels; iConnect a UK study assess the impact of improvements in infrastructure on travel mode; and the development of the UK physical activity guidelines (Start Active Stay Active, 2011).

Professor Bull provides leadership to the global advocacy agenda for physical through her work with the Advocacy Council (GAPA) and the International Society of Physical Activity and Health. She led the development of the Toronto Charter on Physical Activity: A Global Call for Action (2010) as well as the NCD Prevention: Seven Investments that work for physical activity (2011).
Professor Bulls’ current focus is on supporting global action to address the global agenda on physical activity in all regions. This focus sets out to achieve the new global target to reduce inactivity by 10% by 2025 as outlined in the World Health Organisations action plan for 2025.

Walking: a best buy for public and planetary health

Worldwide trends in insufficient physical activity from 2001 to 2016: a pooled analysis of 358 population-based surveys with 1·9 million participants

Evaluation of the City of Cockburn Your Move Initiative