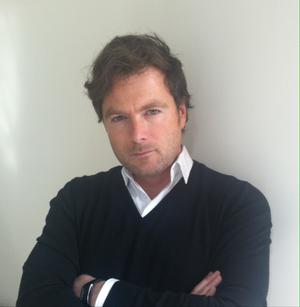 Dr.Fernando Jerez, Associate Professor and Graduate Research Coordinator at UWA School of Design, University of Western Australia, is an architect and founding partner of SMAR Architecture Studio –an architectural office recently the winner of the Stage 2 Science Island Museum in Kaunas. He has also been awarded Top 6 in the Guggenheim Helsinki International Competition among 1715 entries in 2015 and Top 3 finalist in the MALI Lima Museum of Art International Competition, 3 Prize in Aalto Museum Competition in 2016. With more than 20 international awards since 2007,  Jerez, who also studied at the Bartlett School of Architecture, holds a Ph.D. Summa Cum Laude with International Honors from ETSAM, Technical University of Madrid (UPM) in 2013 where he also graduated. Jerez has been Lecturer at ETSAM UPM, ESAYT and the University of Western Australia among others and participated in Panels at the MSD, Melbourne School of Design, AA and The Bartlett (UCL) among others. His work and writings have been published in international Journals such as AV (Arquitectura Viva), Architectural Review, A’A’, L’Architecture d’Auj ourd’hui, Bauwelt, WA wettbewerbe aktuell, EGA, AW or The Architect and recently exhibited in Australia, Madrid, New York, Helsinki, Kaunas, in Institutions such as the (AIA NY) American Institute of Architecture, New York, the Solomon R. Guggenheim Foundation, and Kunsthalle, Helsinki among others.

As an Architect and Professor of Architectural Design and Environmental Design. Dr.Jerez studies the relation between architecture, technology and society, deploying near-future scenarios as critical instruments for instigating debate about urban and social issues through design and emerging technologies, in order to improve social and political interaction in relation to the environment.