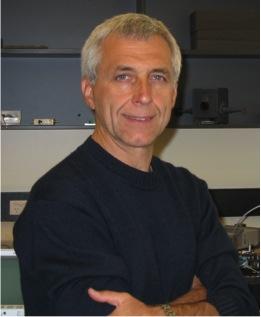 Eugene Ivanov received the Ph.D. degree in Radiophysics from the Moscow Power Engineering Institute in 1987. In 1991, he joined Physics Department at the University of Western Australia. In 1999-2012, he worked as a Visiting Scientist in Boulder Laboratories (NIST, Boulder, Colorado).

Eugene N. Ivanov is an internationally renowned expert in the field of measurement science, whose main research achievements were recognized by the 2010 J. F. Keithley Award (American Physical Society) acknowledging Prof. Ivanov as a “physicist who has been instrumental in the development of measurement techniques that have impact on the physics community”.

In the mid 90’s, Eugene Ivanov developed a high-resolution noise measurement technique termed Microwave Circuit Interferometry. When applied to frequency stabilization of microwave oscillators, this technique enabled more than two orders of magnitude improvement in oscillator phase noise performance relative to the previous state-of-the-art. In the beginning of 90’s, the West Australian company Poseidon Scientific Instruments (PSI) licensed the phase noise suppression technique from the UWA and went on to becoming a manufacturer of the microwave oscillators with the lowest phase noise in the Doppler range of offset frequencies. The first generation of “interferometric” oscillators required a stable temperature and a low vibration environment to operate with the lowest level of phase fluctuations. The need to extend the range of applications of the “interferometric” oscillators prompted an intensive search for the ways to reduce their environmental sensitivity. By the mid 2000’s, the “environmental phase” of oscillator research was completed permitting the use of the PSI-engineered oscillators in some of the US Doppler radar systems. For more than a decade, PSI remained the manufacturer of the lowest phase noise microwave oscillators. In 2012, Raytheon acquired PSI, along with the rights to the oscillator noise suppression technology in order to “enhance its defense capabilities”.