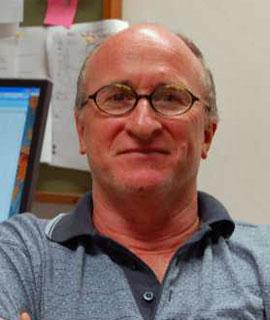 I did my undergraduate honours degree in Physiology at the University of Western Australia (Perth) under the supervision of one of the great names in modern auditory physiology, Brian Johnstone.

I left Perth after honours and did a short stint of research on the efferent control system in hearing with John Desmedt at The Brain Research Institute of The University of Brussels (Universite Libre de Bruxelles). I then moved on to Canada and did my PhD on the mechanisms of sharp tuning in the cochlea under the supervision of Geoffrey Manley at McGill University in Montreal. After that I did a 2 year stint as a postdoc working with John Desmedt in Brussels, this time on cognitive components of evoked cerebral potentials, before returning to Western Australia as a Queen Elizabeth II Fellow. I subsequently took a lecturing position in physiology and have been here ever since, interrupted by immensely enjoyable and useful study leave sojourns in Melbourne (with Dexter Irvine), Madison, Wisconsin (with Donata Oertel), and Auckland with (Gary Housley).

I consider myself very lucky to be have been able to continue to work and teach in The Auditory Laboratory founded by my old mentor and to have daily contact with the other members of the lab who carry on the work started so many years ago.

In 2012 I retired as a teaching/research academic and was appointed a Senior Honorary Research Fellow. I continue to assist other lab members with the conduct of their experiments, to mark honours and PhD theses and to attend local scientiric meetings.


I have engaged in neurophysiological research into mammalian hearing for over 30 years. My research achievements include;

1. First recordings from guinea pig spiral ganglion neurons inside the intact living cochlea
2. Demonstration of the physiological vulnerability of sharp frequency selectivity in primary auditory afferent neurons
3. Microelectrode recording and single cell labeling of afferent and efferent neurons, demonstrating the precise nature of efferent feedback from the brain to the inner ear (with M Gummer)
4. First physiological and pharmacological characterization of olivocochlear efferent neurons in brain slices (with X Wang)
5. First demonstration (with D Irvine) of plasticity of frequency maps in the brain of partially deafened adult animals
6. First full characterization (with D Oertel) in brain slices, of octopus cells of the auditory brainstem
7. First demonstration (with W Mulders) of the effects of activation of the auditory midbrain on inner ear responses to sound
8. Development of an in vitro whole cochlear slice preparation (with G Housley
9. First demonstration (with W Mulders, I Winter and A Paolini) of the physiological action of olivocochlear collaterals in the auditory brainstem.
10. First demonstration, with W Mulders, in an animal model of tinnitus, that central hyperactivity is dependent on maintained spontaneous neural drive from the cochlea

I was the AuPS Invited Lecturer for the 2007 Scientific Meeting.

Tinnitus and Neuronal Hyperactivity in the Auditory Brainstem