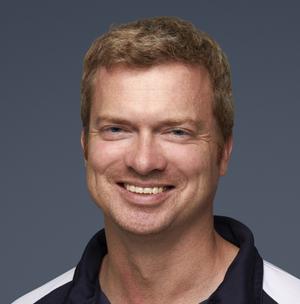 Dave completed his undergraduate (BA, MEng, 1998) and post-graduate (PhD,2002) degrees at the University of Cambridge, and was appointed to a Research Fellowship at St John's College in 2001 and a Lecturership in Cambridge in 2003.

The Shell EMI Chair in Offshore Engineering is an initiative by Shell and UWA which aims to strengthen UWA and Western Australia’s position as a global offshore engineering hub, through world-class research and education. Dave was the inaugural Shell Chair of Offshore Engineering holding this role from 2013-2017, before the role was taken up by Professor Phil Watson in late 2017 after Dave's departure to an academic role in the UK. Shell also supports three other UWA academics, Professor Mike Efthymiou, Dr Wenhua Zhao and Dr Hugh Wolgamot; the scope of the Chair activities spans offshore engineering, from metocean, through structures, to geotechnics.

Dave has over 15 years of research experience focussing on the mechanics of soils, foundations and pipelines, primarily for the offshore industry. He has led experimental and numerical studies into geotechnical mechanisms at micro- and macro-scale which have been used to understand the behaviour of piles, foundations, pipelines and submarine slides. Simple design methods have been devised, which are widely used in engineering practice.

Particular use has been made of two novel research techniques: (i) image analysis for deformation measurement and (ii) geotechnical centrifuge modelling. PIV analysis software developed by Dave and Dr Andy Take (Queens Univ., Canada) is used at >75 research institutes worldwide and has had a significant impact on geotechnical centrifuge modelling practice.

His research has been supported by the ARC (via the Linkage, Discovery, Linkage International, Centre of Excellence and Future Fellowship schemes), as well as the equivalent funding bodies in Hong Kong and the UK. Industry support has been provided by various oil and gas operators (BHP, BP, Chevron, Petrobras, Shell, Total, Woodside and others through the SAFEBUCK JIP) and service companies (Acergy, Advanced Geomechanics, Benthic, Fugro, Talisman, Technip, WorleyParsons and others also through SAFEBUCK).

The outcomes from his research have been disseminated through >300 publications. His papers have been awarded the Bishop Medal, the Telford Premium, the RM Quigley Medal, and RM Quigley Honourable Mention and the BGA Prize (three times). He was awarded the 2010 Anton Hale Award by the Australian Academy of Science, for distinguished research in earth science, and he was Western Australia's 2011 Young Scientist of the Year. He is active in engineering practice, consulting widely on foundation and pipeline design for the offshore industry.

Dave has served on the editorial boards of three journals and two ISO standard committees (concerned with jack-up foundations and pipelines). He is Secretary of the ISSMGE's Technical Committee 2 (Geotechnical Physical Modelling), and led the RIGSS Joint Industry Project and the geotechnical aspects of the SAFEBUCK and STABLEPIPE Joint Industry Projects on on-bottom pipeline design.

An effective stress framework for estimating penetration resistance accounting for changes in soil strength from maintained load, remoulding and reconsolidation

Enhancement of bearing capacity from consolidation: due to changing strength or failure mechanism?