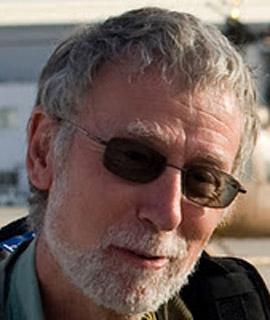 Prof. Kennedy is an archaeologist specialising in the Roman Near East. His particular areas of interest are Aerial Archaeology, ancient landscape studies and the Roman military.

Since 1997 David has conducted annual aerial reconnaissance over Jordan as part of the Aerial Archaeology in Jordan project (www.flickr.com/photos/apaame). His other projects have included the Jarash Hinterland Survey with Fiona Baker (2005-2011), a rescue project at the Classical city of Zeugma on the Euphrates (1993-2001) and currently the Aerial Photographic Archive for Archaeology in the Middle East (www.apaame.org).

David has successfully supervised or jointly supervised a number of post-graduate students at the University of Western Australia, including (with year of graduation):

The Aerial Photographic Archive for Archaeology in the Middle East is a project designed to investigate, document and photograph archaeological sites from over the greater Arabian area using remote sensing. This includes historical imagery and mapping, satellite imagery and aerial photography. The project is designed both to develop a methodology suited to the region and to illuminate settlement history in the Near East.
An annual flying program over Jordan, the Aerial Archaeology in Jordan Project, has been carried out annually since 1997 and the modern digitisation of international collections and the increasing availability of satellite imagery using programs such as Google Earth and Bing are being utilised to study the wider region.
Google Inside Search: David Kennedy Ancient Ruins
http://www.google.com/insidesearch/stories.html#video=dkennedy
Owen Jarus, ‘Visible Only from Above, Mystifying ‘Nazca Lines’ Discovered in MidEast’, LiveScience, 14 September 2011: http://www.livescience.com/16046-nazca-lines-wheels-google-earth.html
Asher Moses, ‘Google Unearth: Aussie discovers new treasured form the past – from his office’, Sydney Morning Herald, 23 Sept 2011, http://www.smh.com.au/technology/technology-news/google-unearth-aussie-discovers-new-treasures-from-the-past--from-his-office-20110923-1kol7.html
Dan Vergano, ‘Google Earth reveals ancient stories’, USA Today, 23 October 2011.
Wendy Zuckerman, Feb. 2011, ‘Longing to be an archaeologist? Try Google Earth’, New Scientist, Vol. 209, Is. 2799: 14.
Wendy Zuckerman, Sept. 2011, ‘Google Earth reveals Nazca-like structures in Arabia’, New Scientist: Life, 20.

Prime Suspect: William Cowper Prime in the Holy Land and the Identity of “An American” In Harper's New Monthly Magazine, 1858

Aerial Archaeology in the Kingdom of Saudi Arabia (Khaybar) - AAKSAK

Dating of spring sources and related water supply installations to the Roman city of Gerasa (Jarash), Jordan to constrain the chronology of the network's construction and use