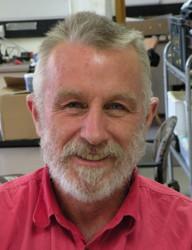 Genetics and mine site rehabilitation

Male semelparity and multiple paternity confirmed in an arid-zone dasyurid