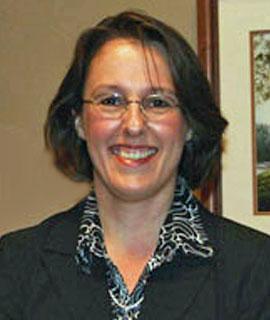 Dr Charlene Kahler completed a Bachelor of Science and PhD in microbiology at the University of Queensland. Her first post-doctoral position was at Emory University in Atlanta (USA) with Prof David Stephens where she developed her interest in meningococcal pathogenesis. She returned to Australia in 1999 as the Faculty of Medicine Fellow at Monash University to work with Prof John Davies on Neisseria gonorrhoeae. In 2005, she became a senior lecturer at The University of Western Australia.

The endotoxin of Neisseria meningitidis

Neisseria meningitidis, the causative agent of epidemic meningitis, is a significant public health burden worldwide causing 1.2 million cases per year globally, with an estimated fatality rate of 10% (WHO). However, the greatest burden of disease occurs in Africa and Asia due to cyclical pandemics that occur in these regions every 8-10 years. The disease is most prevalent in the <4 year old and 15-29 year old age brackets with very low incidences in other age brackets. Although ∝-lactam meningococcal infections can be effectively treated with antibiotics such as penicillin, increased levels of resistance to ∝-lactams, chloramphenicol, rifampicin and tetracycline are increasingly resulting in treatment failures. In addition, the early stages of disease mimic viral infections such as influenza, thus making it difficult to identify the onset of this disease in hospital clinics. Because of this, it is believed that vaccination is the most relevant option for the control of this disease in the community.
Meningococcal infection results in septic shock, an overwhelming immunological response to the release of the bacterial endotoxin. The biosynthesis of meningococcal endotoxin is a complicated process requiring up to 20 proteins in different compartments of the bacterial cell. Because it is expressed by all meningococci this structure is also being examined as a potential vaccine candidate.

This AIMS of this project are to:
1. To identify all enzymes required for the biosynthesis of endotoxin.
2. Examine regulatory networks which control the production of endotoxin by meningococci.
This work is being conducted in collaboration with Dr David Stephens (Emory University, Atlanta, USA) and Dr Russell Carlson (Complex Carbohydrate Research Center, Athens, USA).
The protein oxidation and isomerization pathways of Neisseria meningitidis

Gram negative bacteria produce and secrete a variety of virulence factors. These are specific molecules – usually proteins – which play an essential role at one or more stages of the bacterial infection. Each bacterial pathogen possesses a specific set of virulence factors, which have evolved to cause infection in a particular host. However, a common feature of most virulence factors is that they are secreted - either to the bacterial cell surface or completely released into the surrounding mileu where they interact with host components. In order to be biologically active, virulence factors must fold correctly prior to secretion and remain intact in the extracellular environment. To assist in the stabilisation of their structure, the vast majority of secreted proteins contain disulfide bonds. DsbA is the enzyme which is principally responsible for the formation of disulfide bonds in newly synthesized polypeptide chains. In the absence of a functional DsbA enzyme, many disulfide-containing proteins either fail to fold entirely or are inactivated. The protein folding pathway of N. meningitidis has not been characterized functionally even though it has some unusual characteristics. N. meningitidis has three separate DsbA proteins which are hypothesized to have different substrate specificities.

The AIMS of this project are to:
1. To determine whether meningococcal DsbA proteins have similar catalytic functions as E. coli DsbA.
2. To determine whether the protein oxidation and isomerization pathways are regulated during in vivo growth.
This work is being performed in collaboration with Dr Martin Scanlon (Victorian College of Pharmacy, Monash University, Victoria).
Regulatory networks in Neisseria gonorrhoeae

Neisseria gonorrhoeae is the causative agent of the sexually transmitted disease (STD) gonorrhoea and globally causes approximately 20-60 million new cases per annum (WHO). Gonococcal infection is the leading cause of pelvic inflammatory disease in women and ~ one third of patients will become infertile. Increased levels of resistance to traditional antibiotics have raised concerns for future treatment options. To date no successful vaccine strategies have been developed for this organism, primarily because the cell surface proteins elicit limited immunological protection against other strains. To enable the development of innovative approaches to the control of gonococcal infections, we propose to investigate the regulatory networks in gonococci that are important for initial colonization and survival in the human host.

The AIMS of this project are to:
1. Explore the responses in gonococci governed by sigma factors, a conserved family of transcriptional regulators found in all bacteria.
2. Examine the mechanisms that control sigma factor production during gonococcal invasion of host cells.
This work is being performed in collaboration with Professor John Davies (Bacterial Pathogenesis Program, Department of Microbiology, Monash University, Victoria) and Dr Paul Rigby (BIAF, UWA).

The major aims of my research are to
(a) understand the structure and function of toxins produced by organisms that result in infections that cause septic shock
(b) regulatory networks of bacterial pathogens
(c) examine the epidemiology of these pathogens in relation to public health outcomes.

B part of it school leaver protocol: An observational repeat cross-sectional study to assess the impact of a meningococcal serogroup b (4cmenb) vaccine programme on carriage of neisseria meningitidis

The Detroit 562 pharyngeal immortalized cell line model for the assessment of infectivity of pathogenic neisseria sp.