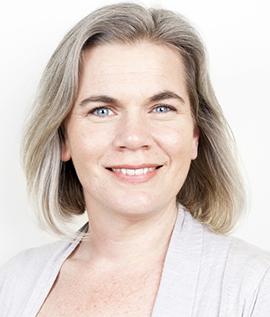 Dr. Archa Fox is a senior lecturer in the School of Human Sciences and the School of Molecular Sciences at the University of Western Australia, and an affiliate investigator with the Harry Perkins Institute of Medical Research. Archa studied at the University of NSW and University of Sydney and was awarded her PhD in the year 2000 on a project supervised by Professor Merlin Crossley. She then moved to Dundee, UK, supported by a Wellcome Trust Fellowship to work with world-renowned scientist Professor Angus Lamond. Here she discovered a novel structure within cells that she named “paraspeckles”. In 2006 she moved back to Australia to start her own research group at the Western Australian Institute for Medical Research, now known as the Harry Perkins Institute of Medical Research. In 2015 she took up an academic position at the University of WA. Archa has an international reputation as a pioneer in the field of paraspeckle research and long noncoding RNA biology, leading to invitations to write seminal reviews and organise key symposia. She has been the recipient of the Marshall Medal of the Harry Perkins Institute in 2012, and the emerging leader award of the Australian/NZ Society of Cell and Developmental Biology in 2017.

The emerging roles of hnRNPK