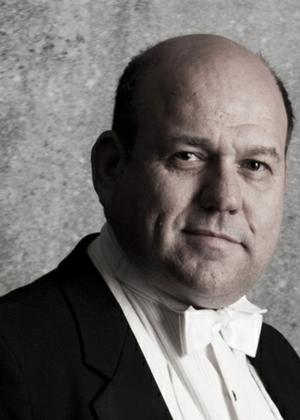 Professor Alan Lourens is Head of the Conservatorium of Music at the University of Western Australia, a school ranked in the top 50 in the world by the QS rankings. Dr. Lourens teaches conducting, and directs the Orchestra, Wind Orchestra and other ensembles. Previously, he has held Professorial positions in Singapore, Dubai and Australia at leading arts institutions.    A performer on Euphonium, Professor Lourens is also the head of Brass, and he is active in the Brass Band movement as conductor, composer and soloist.  He has appeared as a soloist and ensemble member under such conductors as Frederick Fennell, Harry Begian, Vernon Handley, Paul Daniels, Ray E. Cramer and Simone Young.   His Euphonium Concerto was premiered by Riki McDonnell in 2016, and his compositions are arrangements have been released by Connecticut based Cimarron Music.

Prof. Lourens holds a Doctorate and Masters from the world renowned Jacobs School of Music at Indiana University, where he studied conducting with Ray E. Cramer and Euphonium with Daniel Perantoni, M. Dee Stewart and Harvey G. Phillips.   He received a coveted Performers Certificate for the quality of his Masters recital.

Professor Lourens earned his undergraduate degree in Music Education. Dr. Lourens taught high school music for 5 years where he directed award-winning ensembles, before being appointed as the Conducting Support Teacher for the state of Western Australia.

Prof. Lourens has many articles and music publications to his credit, including analysis contributions to the Teaching Music Through Performance in Band series of books, recent contributions to the MBM Times, and the Journal of the California Music Educators. He has also co-authored several books on the planning, policy and development of Universities.

Head of the School of Music
Coordinator of Brass

Lecturer in Music / Head of the Department of Classical Music, WA Academy of Performing Arts
Vice-President (Academic), Lasalle College of the Arts, Singapore

Arcades and Alleyways: Sonata for Euphonium

Recreation and redefinition: An examination of the transcription and evolution of a cappella choral works transcribed for wind band

Different Boxes: Music for Children: Out of the Box - Neurodevelopmental and Behavioural Society of Australiasia

Performance of Original Arrangements at the Perth Royal Show, 2016