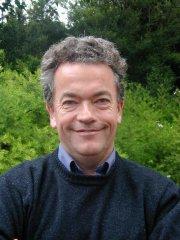 Born in London, UK. BA and MA from the University of Cambridge, PhD in visual neurophysiology from the Australian National University, Canberra. After time in the USA and at Flinders University in Adelaide, Alan Harvey came to UWA in 1984.  He was promoted to Professor in 2001 and in 2016 became an Emeritus Professor. He was for a number of years a member of the WA Reproductive Technology Council, and a he was a Board member of the Neurological Council of WA.  Harvey is currently a Board Member of the Perron Institute for Neurological and Translational Science and is Chair of their Scientific Advisory Committee.   He is also a Board Member of the The University Club of Western Australia, and the Perth Symphonic Chorus.

Publication by Oxford University Press in 2017 of his book: "Music, Evolution and the Harmony of Souls", combines Harvey's neuroscience and music interests.

In 2018-2020 Alan Harvey is a CI (D) on an NHMRC Project Grant with Dr D Nisbett at the Australian National University, examining the potential of using gene therapy and novel polymer configurations to drive the in vivo trans-differentation of cells into neurons after CNS ischemia. In 2018-2019 he is a co-CI on a WA Neurotrauma Programme grant examining the impact of transcranial magnetic stimulation on recovery after spinal cord injury.

Alan Harvey's current research focuses on the use of gene therapy, cell/tissue transplantation, nanotechnology and pharmacotherapy in the repair of the central nervous system (CNS), with particular emphasis on the visual system and spinal cord. He is also involved in Alzheimer's disease research, and was a co-leader of the Foundational Research Program, WA Centre for Excellence in Alzheimer's Disease Research and Care (2006-2008). He also has an interest in the evolution and neuroscience of music, and published a book with Oxford University Press on the topic in 2017 (title:  Music, Evolution, and the Harmony of Souls). Publication of this book has resulted in Harvey recording a series of invited talks for ABC's  Science Show, and a he gave a TedX presentation in Perth in 2017.
To date he has published over 220 scientific papers or book chapters, including publications in PNAS, Journal of Neuroscience, Brain, Molecular Therapy, Gene Therapy, ACS Nano, Progress in Retinal and Eye Research, Current Gene Therapy, eNeuro, Scientific Reports, Glia, Neurobiology of Aging, PLoS ONE, Molecular and Cellular Neuroscience, Investigative Ophthalmology and Visual Science, Journal of Neurotrauma, and Experimental Neurology.